KEEP AN EYE ON AIRFLOW DURING THERMAL EFFICIENCY PROJECTS

Four days before Christmas 2020 I received an email from Ron Bastian, owner of Bastian Roofing, Richfield, Wisconsin. It included a series of photographs showing significant wood rot in a roof deck with the following short note from Bastian: 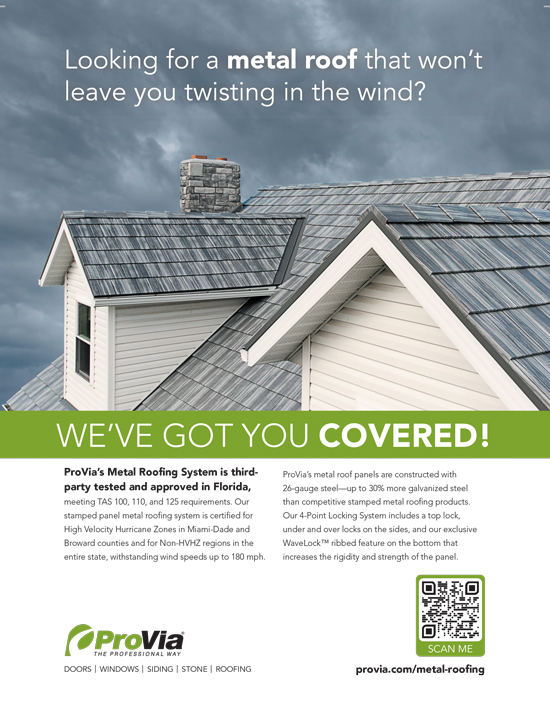 “The attic insulation is packed tight to the bottom of the roof deck and caused a lot of rot in three years. We did this roof 18 years ago and someone came along since to add insulation. It’s not fun tearing up my old work. This is not the Christmas present the homeowner wanted, I’m sure.”

Attic insulation plays an important role in home energy efficiency and comfort for the people living inside. But a few common mistakes – such as blocking the intake vents in the attic that Bastian discovered – can negatively impact attic ventilation and offset any gains the insulation originally provided. The mistakes can also lead to costly damage.

“There is nothing worse than tearing up your own work after 18 years,” Bastian says. “And it’s hard to explain to a homeowner that what was originally fine is not any longer because someone messed things up over the years. Then, when you dig in, you discover the extent of the damage.”

During the Q & A sessions of our seminars roofing pros and home inspectors across North America share their frustration with what they see when inspecting the intake vents in the attic. Often the insulation has been installed blocking the vents. That shuts off 50% of the attic ventilation because attic ventilation is a 1-2 combination of intake air – through vents low on the roof or in the soffit/overhang – and exhaust air – through vents placed high on the roof or at the peak of the roof. But without proper intake airflow the attic has no ventilation.

“Attic ventilation is a huge part of my roofing projects and I explain its importance to prospective customers as I inspect their roofs and attics,” says Bastian. “It helps set me apart from the competition. I often find myself working on projects that require fixing the attic ventilation or correcting the insulation to allow for attic ventilation.” 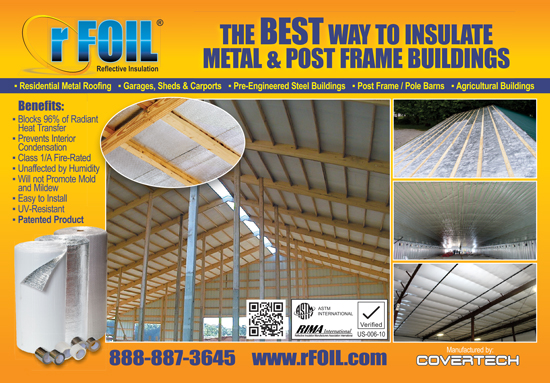 Bastian thinks insulation contractors and DIY homeowners end up blocking the intake vents with insulation because they do not understand either how attic ventilation works or fully realize its importance.

“This roof I installed 18 years ago was fine when we were finished. The attic insulation was sufficient, and the attic ventilation was right,” recalls Bastian. “Then I receive a phone call from the homeowner who suspected a roof leak. When I went into the attic I immediately noticed that in between each rafter spacing the insulation was blocking the intake vents.

“Now I have to explain to the homeowner we will have to tear the roof off and replace rotted roof decking,” says Bastian. The photos show the extent of the damage. “It was not a very good Christmas present for that homeowner. Everyone needs the education about how proper airflow works; the roofing contractor, the insulation contractor and the homeowner,” he says.

It’s Not a Roof Leak

When Bastian received the phone call from the homeowner 18 years after installing the roof, it was a request to fix a roof leak. “The homeowner thought there was a roof leak along the outside edge of the house in the bathroom because he noticed some bubbling of the paint and he was convinced water was entering from the roof,” Bastian says remembering the callback.

“It was hard to tell the homeowner, ‘Hey, we have a bigger problem than a possible roof leak.’ Sharing the photos with the homeowner as I was progressing with the project showing him the damage, he left his work, drove home, and witnessed for himself all the rotted deck we had thrown onto the tarp on ground by the side of the house. The homeowner said, ‘I cannot believe this happened,’” says Bastian.

“The insulation was packed so tight against the underside of the roof deck I called it concrete,” he says. “And it was completely saturated. We replaced all of the insulation, inserted attic insulation baffles to keep the intake vents free and clear, replaced the roof deck, and installed a brand new roof.”

“In three years of cycling through winter/summer, the seasons caught up with the attic and the roof because there was no airflow going through the attic. Once the deck got wet it never had an opportunity to dry,” Bastian says.

Another attic insulation mistake as it pertains to attic ventilation is not having the proper amount of insulation (defined as R-Value) for the climate zone where the house is located. The R-Value needed in Texas is different than Wisconsin, for example. When an attic ventilation system has been improved to perform correctly it’s important to check the R-Value of the insulation because the airflow through the attic has increased. The correct R-Value of insulation will keep the airflow in the attic and not allow it to affect the living space conditions.

If the R-Value is not sufficient for the airflow entering the attic through the ventilation system, homeowners may notice thermal inefficiencies inside the house – and quickly point to the attic ventilation as the problem. But the solution is to always match the R-Value of the insulation to the specific climate zone.

You don’t have to be an insulation contractor to talk about this with the homeowner. “When I sell my job I get the proper attic ventilation and I do an attic inspection,” Bastian says. “During the inspection I tell the homeowner when I’m done you’ll need to hire an insulation contractor to address your insulation because I do not do attic insulation but I can tell it needs improvement.” Bastian has insulation companies he recommends, and he knows they understand the importance of not blocking the intake vents in the attic. “The insulation companies that I would recommend to homeowners have been shown the photos of what goes wrong when you allow the insulation to block the intake vents. They all know better than to do that,” Bastian says.

Stand Out by Educating the Homeowner

Taking the time to explain in layman’s terms the importance of attic insulation and its role, even though the roofing contractor does not install attic insulation, has many benefits. “When you educate the homeowner about the full scope of the project you are totally separated from the other contractors who are not educating homeowners,” Bastian says. “You’re on your own pedestal and the homeowner generally will listen.”

Another point of differentiation, as Bastian sees it, is the actual attic inspection when it’s safe and practical to do one. “A good roofing contractor should never skip the attic inspection,” Bastian says. “I like being the third estimate that the homeowner receives. Let two other roofing contractors submit estimates first and then I will show the homeowner in writing, through brochures, through photos on my phone or iPad exactly why I’m proposing what I am for their roof which includes proper attic ventilation and making sure the intake vents are not blocked.

“Just today I was the fourth contractor to submit a bid to the homeowner for a new roof. I asked if I could grab my step ladder and go into the attic. When I came back down the homeowner told me I was hired without even looking at my price yet. He said no one else even mentioned the attic,” Bastian says.

Bastian points to the shingle manufacturers’ warranty requirements as it pertains to attic ventilation and the full terms of the warranty coverage. “I’m protecting that roof for the next 30 to 50 years of its life,” Bastian says. And he’ll point out if he thinks the attic insulation is insufficient to any homeowner – even though he does not install insulation. “Don’t skip the attic insulation during the roofing project. Look at it. Determine if there appears to be enough or if it’s blocking the intake vents. And if you’re not an insulation contractor, which I am not, you can recommend someone you trust.” Bastian says this has played out very well for him over the years and says it’s the best way to practice his business which is now in its 53rd year.

Paul Scelsi is marketing communications manager at Air Vent and leader of its Attic Ventilation: Ask the Expert™ seminars (airvent.com). He hosts the podcast, “Airing it out with Air Vent,” and he’s the chairman of the Asphalt Roofing Manufacturers Association Ventilation Task Force. He is the author of the book, Grab and Hold Their Attention: Creating and Delivering Presentations that Move Your Audience to Action.

SUNLIGHT AND UV EFFECTS ON ROOFS: Advancements To Resist Damage

Flashing a Drain With Liquid Flashing