Jason Verbeke was a residential roofing contractor before working 15 years as a firefighter in the Detroit, Michigan and the Charlotte, North Carolina areas. Today he’s back full time as a roofer with The Allard Roofing Company, Fort Myers, Florida. In our podcast interview with him, Verbeke shared his first-hand observations of what happens to roofs over time when the attic ventilation is subpar. He also shared stories fighting fires on the “ventilation crew” responsible for cutting holes in the roof. 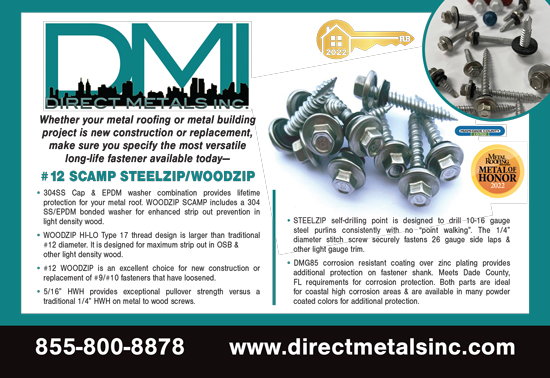 Verbeke’s background as both a roofing contractor and firefighter gives him a unique perspective about airflow in an attic.

Part of his career as a firefighter Vebeke trained fellow crew members about how a fire grows in size and how quickly it can happen. “A fire doubles in size every 30 seconds. When you consider a homeowner who realizes the house is on fire, calls 911, the fire company arrives on the scene, all the while the fire is doubling in size every 30 seconds  — time is of the essence,” Verbeke says.

Balanced Airflow to Fight a Fire

“One of our training sessions with the fire department was understanding the flow path of fires. In a UL (Underwriters Laboratory) study that was captured on video, they tried to push fires with the stream of water into other rooms in these burning house complexes. They tried to change the course of the fires,” Verbeke explains. “What they realized is they can create chimney effects by introducing intake air and exhaust air to help fight the fire. Opening a front door, for example, introduces intake air. Your exhaust is the vent hole — which is the hole in the roof I so often cut as a firefighter.”

Verbeke’s experience walking roofs, working on roofs, and cutting holes in roofs as a roofing contractor gave him a skillset quickly recognized among the ranks in the fire company. Soon he was on ventilation duty climbing the ladder to the roof to cut the “vent hole” in the roof to help exhaust the heat and smoke during house fires.

“It pushed me to learn more about attic airflow and understand its importance both for fighting fires and for everyday roof longevity. When you cut a hole in the roof during a house fire you’re trying to remove the superhot gasses and the heat as well as to improve visibility, survivability, and overall conditions within the interior of the structure for your crew and for anyone who might be trapped inside,” Verbeke says.

One of the first things Verbeke did upon reaching the roof of a house fire was “sound the roof,” which is the process of determining how sturdy the roof is to climb on to cut a ventilation hole. “I’ve been on enough roofs as a roofing contractor to know if it’s too soft or spongy to risk walking on. And it’s either too soft because of the severity of the house fire or because it’s been suffering from improper attic ventilation all this time,” he says recalling his firefighting days.

Verbeke says it’s essential for the firefighting crews to coordinate the tasks of venting the structure that’s on fire and applying water to put the fire out for the best possible outcome. “If you introduce intake and exhaust air for the fire — which in effect brings oxygen to the fire that helps it grow — without being ready to apply water to the fire, the outcome can be bad. But if it’s coordinated properly, the outcome can be good,” he says.

A similar concept of coordinating tasks needs to happen when it comes to installing a new roof and understanding attic ventilation’s role for that new roof, Verbeke says.

“When you’re looking at an everyday roof and the attic, obviously it’s not under fire conditions and that’s not what I’m trying to say. But when you factor in 10, 15+ years of incorrect airflow in the attic and you consider manufacturer’s warranty for their products for the roofing materials — both the shingles and underlayment — we’re prematurely aging the roofs,” Verbeke says. “We’re making homes more energy efficient but not allowing anywhere for the heat buildup to escape. As a result we’re lowering the life expectancy of the roof. As a roofing contractor, we’re doing a disservice to the homeowner if we don’t have the knowledge ourselves.”

Does the attic have the correct quantity of intake and exhaust vents? Check. Is anything inside the attic preventing the intake air from reaching the exhaust vents? Find out. Is there more than one type of attic exhaust vent on the roof above a common attic short-circuiting the airflow? Don’t mix attic exhaust vent types. These are the questions Verbeke asks today as the “venting guy” at The Allard Roofing Company. He helped revamp the company website to help homeowners understand the importance of attic ventilation. “An educated customer makes it much easier for us. And if they do not understand attic ventilation, we’ll explain how the life of the roof is negatively impacted without proper intake and exhaust airflow,” he says. l

Paul Scelsi is marketing communications manager at Air Vent and leader of its Attic Ventilation: Ask the Expert™ seminars (airvent.com). He hosts the podcast, “Airing it out with Air Vent,” and he’s the chairman of the Asphalt Roofing Manufacturers Association Ventilation Task Force. He is the author of the book, Grab and Hold Their Attention: Creating and Delivering Presentations that Move Your Audience to Action.